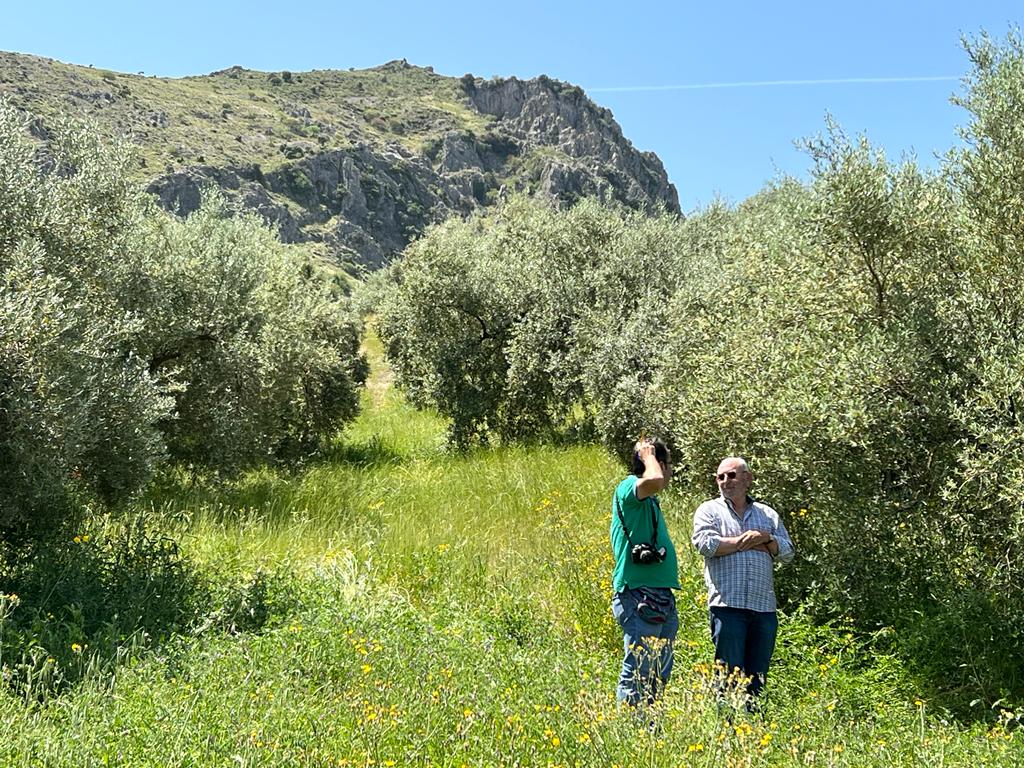 As part of the activities to analyse the value chain of the organic mountain olive grove in the Sierras Subbéticas Cordobesas (Spain), ADEGUA, one of the partners of the MOVING project, requested the opinion of several experts in the field on the vulnerability and sustainability of this value chain.

José Ramón Guzmán was one of the experts consulted. He is technician of the Regional Govenrment of Environment, and a researcher and author of the well-known book El palimpsesto cultivado. Historia de los paisajes del olivar andaluz y Olivares de España.

During the visit to organic olive groves in the municipalities of Carcabuey and Zuheros, José Ramón acknowledged the interest of the work being carried out and the analysis associated with it, and proposed four reflections to be taken into account.

The first was aimed at taking advantage of the opportunity to connect these mountain olive groves in organic production in Subbética with the Natural Park in a more fruitful way, as a mark of quality associated with the conservation of the environment.

Secondly, in line with proposals such as that carried out by the Olivares Vivos project, it advanced the trend towards certifying environmental commitments such as those relating to the maintenance or promotion of biodiversity in agricultural areas, based on results.

During the visit, attention was paid to the vegetation that could be found in the canopies and natural islands within the plots, the population of insects and birds, and other environmental values that could be measured and considered as parameters for the distribution of public aid, especially from the Common Agricultural Policy (CAP). 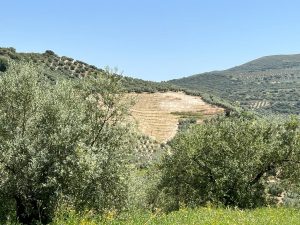 A third reflection came in the form of a question: what circumstances could explain the low percentage of olive groves in organic production in the municipalities analysed – an average of around 5% – which is far from the EU’s expectations for 2030.

Undoubtedly, the technical and human difficulties of management, the high production costs, the lack of a processing structure specialised in organic production, the low price differential and the lack of aid to support those olive groves with slopes of more than 20% or 30%, are aspects that may explain this stagnation.

Finally, a topic for reflection would also be the in-depth analysis of the distribution channels of these Extra Virgin Olive Oils (EVOOs) and the degree of knowledge and perception that consumers have of them.

ADEGUA and MOVING would like to take this opportunity to thank both the local producers and the experts consulted for their collaboration in carrying out this analysis.

You can read the article in Spanish, here.