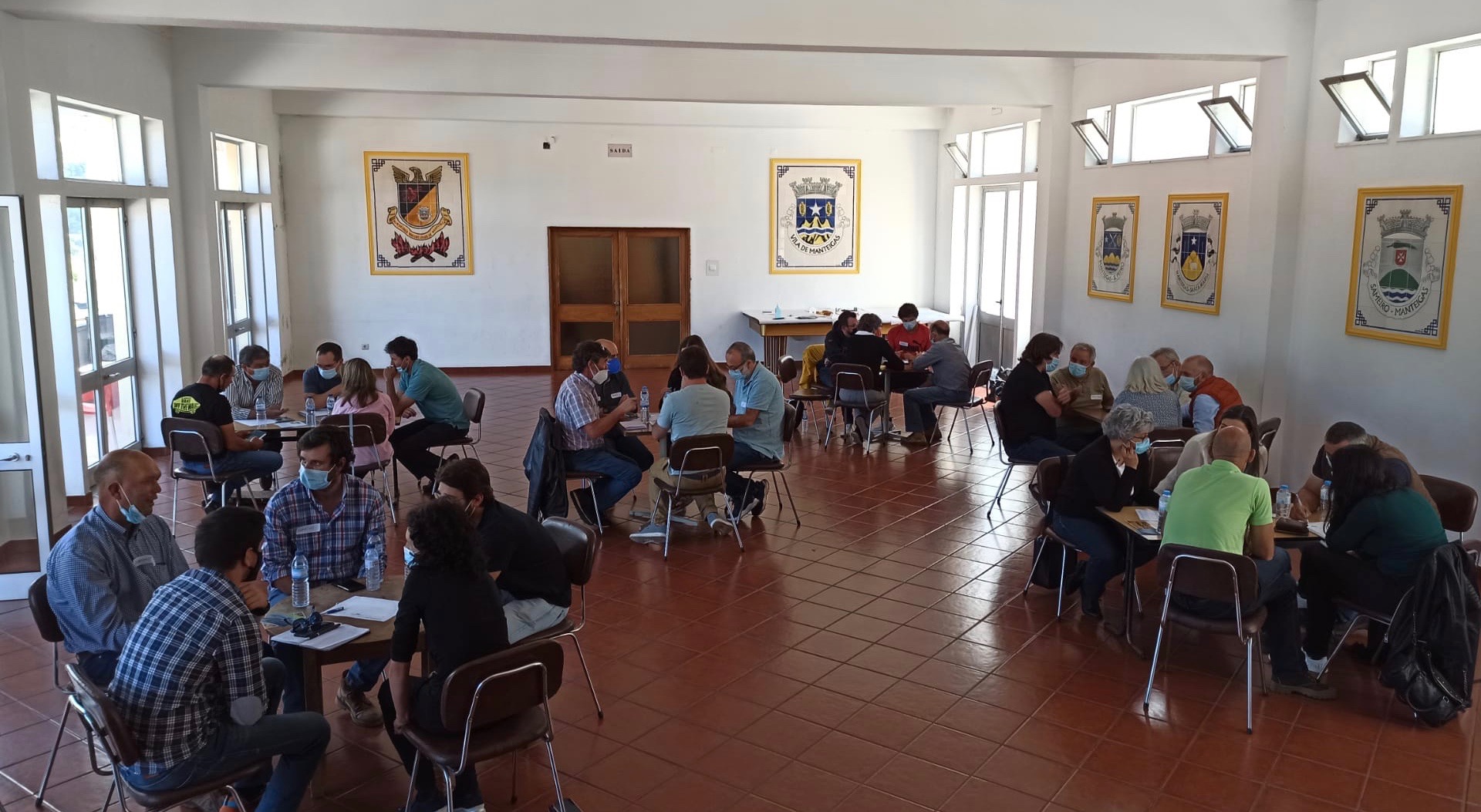 The objectives of the MOVING project were already presented in previous meetings with individual actors, but during this meeting the objectives were explained for the whole group and the opportunity was also taken to have a participatory stakeholder discussion on the relevance of the project, the strategies and the expected results.

It brought together a total of 26 local and regional stakeholders, directly or indirectly linked to the Serra da Estrela Protected Designation of Origin (PDO) cheese value chain. This meeting was attended by, among others, shepherds of the Bordaleira da Serra da Estrela sheep breed, associations of commons, cheesemakers, nature tourism agents and representatives of the PDO cheese producers’ cooperative and public bodies.

In addition, this kick-off meeting highlighted current issues of concern to stakeholders, and was a first step to explore synergies between them and learn from each other, in an effort to build this regional MAP.

Most of the participants showed a real interest in actively participating in the MOVING project.