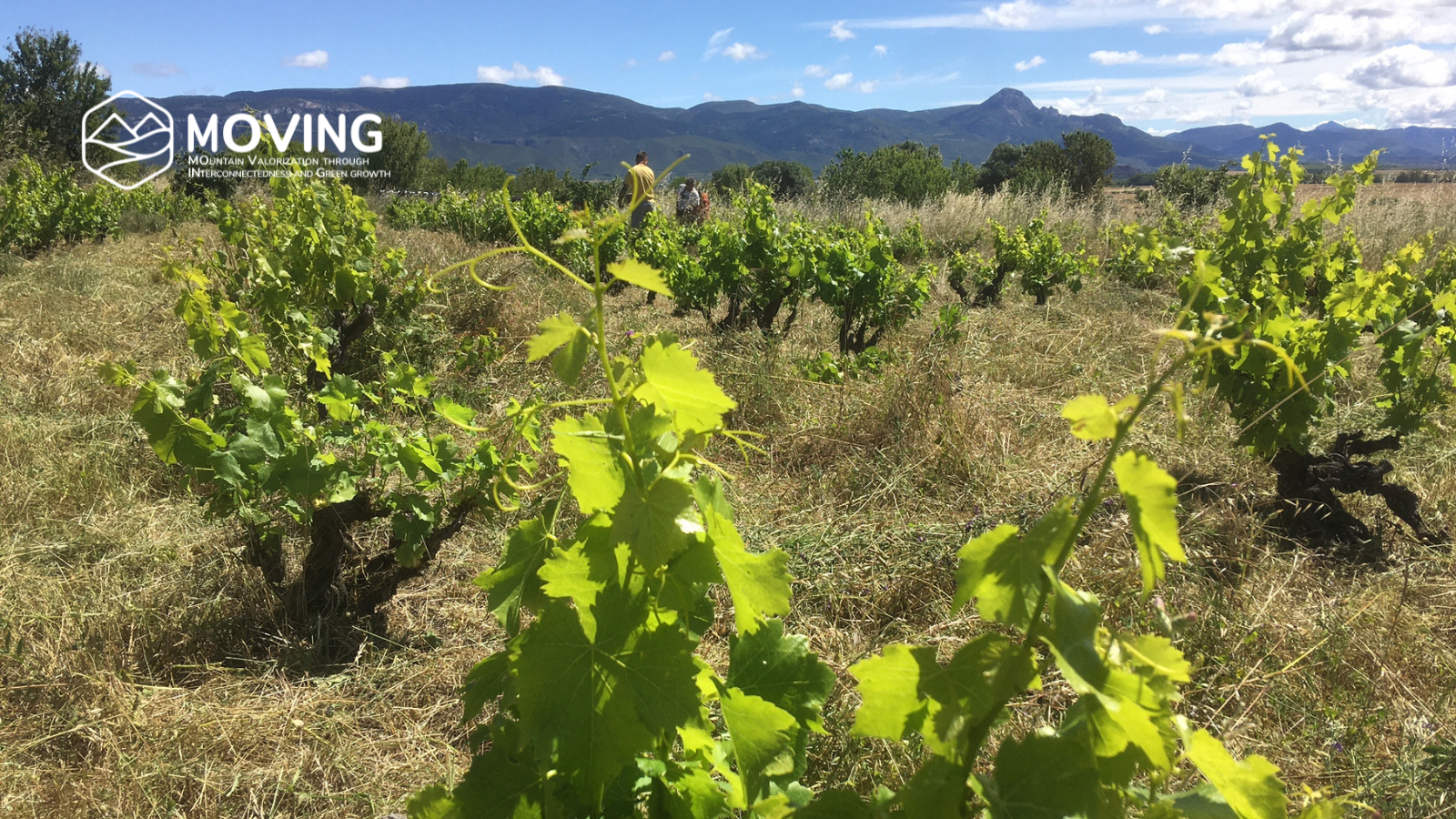 The EU-fund project MOVING brings together 23 mountain regions from 16 European countries, the contribution to the project in three of them is devoted to wine value chains, specifically the Trento Doc wine area in Eastern Alps (Italy), the Douro wine area in Maçico Central (Portugal) and the mountain wine of  Ayerbe/Loarre in Pyrenees (Spain).

Alex Ascaso, responsible for this latter value chain, explained the key role that the Vignerons project, which has been operating for several years in Huesca, plays: “The role of the wine value chain within MOVING does not only refer to the wine, but also to the vineyards that we have created and to the production system and subsequent commercialisation”.

This value chain groups 6 wineries, 2 wine distributors and more than 50 restaurants and shops specialising in quality haute cuisine. For this reason, he stressed the need for putting value on it since “the public can taste very special wines, with a lot of identity and very little production”.

The results are proven to be quite good so far, although he pointed out that wine production is indeed a slow process and the benefits are seen in the long term.  He added:  “We have been working on the Vignerons project for several years, but only two of them have been implemented”.  A key added value of MOVING is to gather the evidence of all the work that is being done in these value chains and the manufacturing process and subsequent sale to the public.

Clearly, the main challenges of the value chain are the lack of professionalism among small producers, high production costs that can hinder market potential, climate change and its effect on the ripening periods of the grape.

For this reason, Ascaso highlighted that “the idea of the project is good, but it requires a lot of effort and work; since the ultimate goal is to fight against the depopulation of this area, to show young people that there are options for work and a future”. He added that it is an area with great potential that, fortunately, is recovering its identity.

The objectives and work path for this wine value chain that was established at the beginning of the MOVING project were to map out the key drivers of the Vignerons project, from grape growing all the way to botting and subsequent marketing. This way, the entire process is divided into three phases: cultivation, production and staff (farmers, artisans and artists) whose purpose is to get the wine to the consumer.

In this particular case in the Pyrenees, it was the distributors who sought out the wineries and not the other way around. And currently they have more than 50 associated restaurants that are waiting to try the seasonal wines to see which ones have passed the tasting committee, made up of sommeliers, oenologists and wine enthusiasts.

“This is a booster for wineries and for demanding of ourselves every year. Thus, the distributors know what they are selling and the restaurants know that these wines have been tasted by external people, so they have more credibility”, explained Ascaso. At the end, what they are achieving through this project are not only economic benefits, but also social and landscape benefits. “We are recovering varieties that had been lost a long time ago and now we bet on these native varieties”, he said.

Ascaso concluded by saying that it is a long-term project, but people are valuing it because it is not only gastronomy, but culture and biodiversity that help recover the value of what is local and attract new generations to this area again.

You can read the news in Spanish here.