The revival of chestnut groves in Corsica started with a social movement called riacquistu (1975-1990) and the Protected Designation of Origin (PDO) certification of chestnut flour (2006). The success of the PDO has led to the exploitation of 2 000 ha out of the 30 000 ha of the island’s chestnut grove. However, the good commercial value of the flour is not sufficient to counter the various vulnerabilities of the chestnut groves (old trees, diseases, climate change and village abandonment). In the three municipalities of central Corsica chosen for MOVING (Bucugnà, Ghisoni and Nuceta, consisting of 700 inhabitants), the chestnut grove is the main domestic plant culture (350 to 400 ha).

The Multi-Actor Platform is the result of a partnership between the three municipalities of Bucugnà, Ghisoni and Nuceta and researchers from INRAE ​​(LRDE-UMR Selmet). It is part of a larger project led by a group of municipalities (GAL-Leader, and communities of municipalities) in central Corsica.

The project relies on professional organisations in the sector, regional institutions and institutional actors involved in the chestnut grove. The integration of local tourism and commercial operators is planned to support actions to promote and enhance the project

Practice Abstract: The conditions for maintaining the Corsican chestnut grove and the production of PDO flour in the face of its new uses and bioclimatic issues (EN & FR) 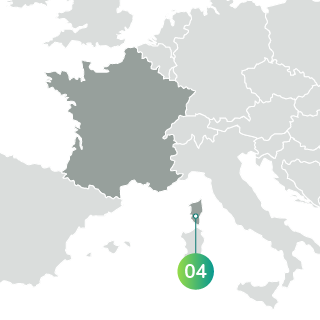 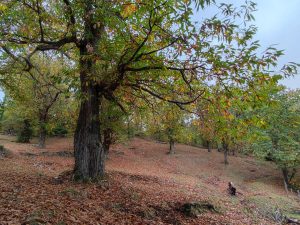 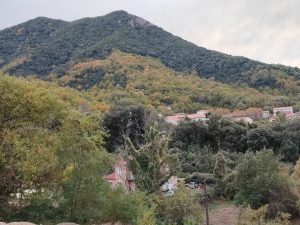 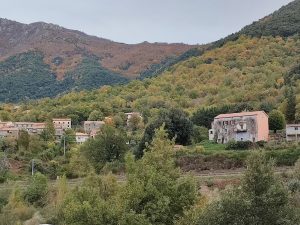 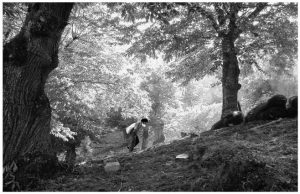